The Shanachie Theater / Re: Backstage - The OOC Thread

Of Gall And Grangers / Re: Pics and Props 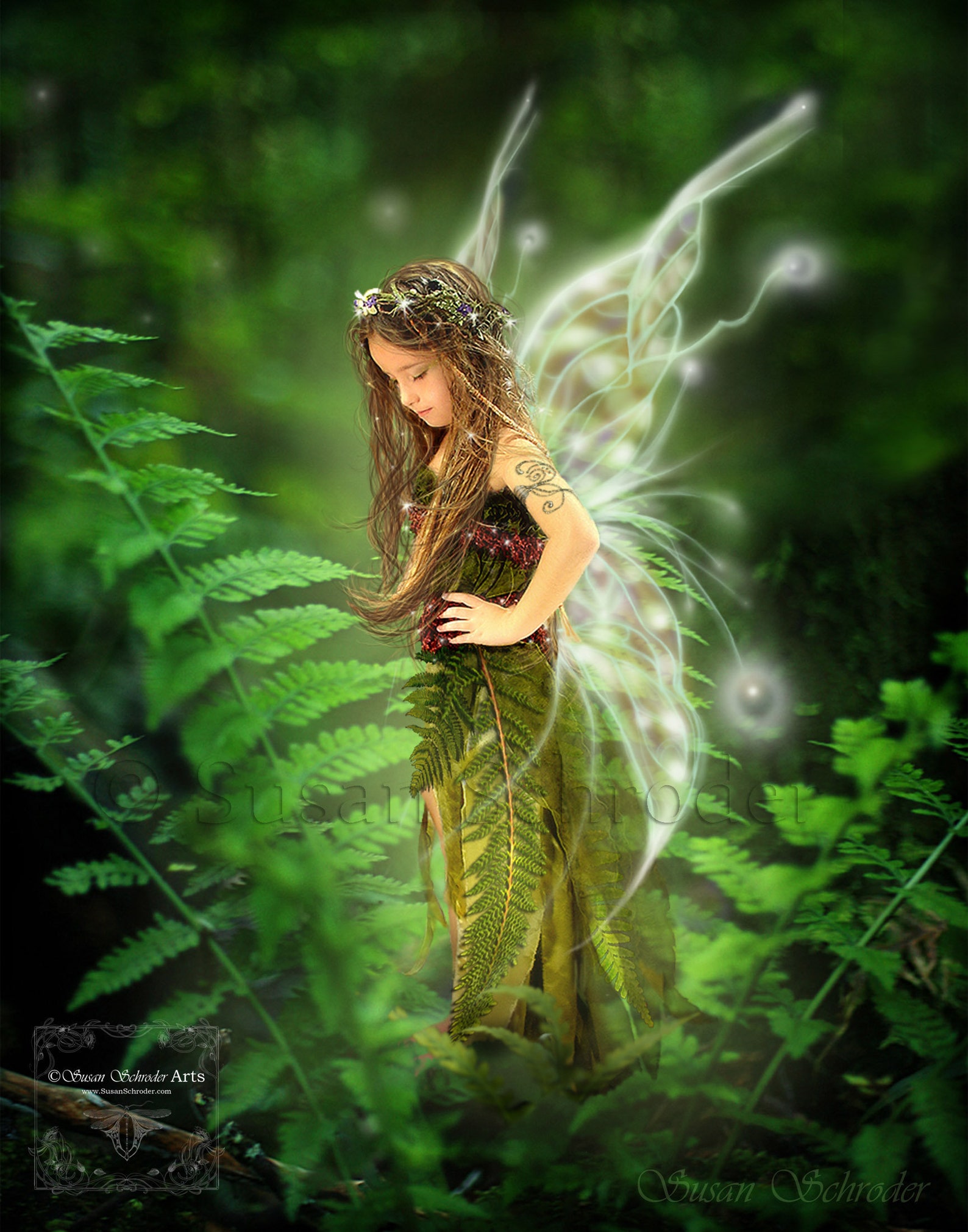 Once again, just another bump. Hopefully, we'll have more soon!

Same as above. Sorry about that!
5

Crash and Burn / Re: The Obligatory OOC Thread

Things That Go Bump in the Night / Re: The OOC Thread 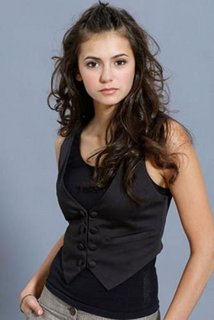 « Last post by Marissa on July 02, 2021, 04:24:27 PM »
Marissa drew a deep breath as she stood outside the brownstone that had once belonged to Kirin, her foster mother. Their foster mother – that of both herself and the younger counterpart she had come to see. Kirin had left Rhy’Din years ago for another time and place, but had left the brownstone in Marissa’s care, somehow knowing she might need a place of her own. Both Marissas had that now, but while one shared a home with a mate and their children, the other lived alone.

Marissa knew she had put this meeting off for too long, but she had not wanted to disrupt her younger counterpart’s life too much - at least, not while she’d been growing up. Now that she was no longer a child, there were things that needed to be discussed and decided, not only for her own good, but for that of their family, as well.

Marissa knew it wasn’t going to be easy coming face to face with her younger self, but this was a meeting she couldn’t afford to put off any longer. Especially not while there were blood hunters looking for her family.

She drew another breath as if to gather her courage, as she climbed the stairs, pausing only a moment before knocking on the door. Part of her almost hoped no one was home, but that would only mean having to come back, and she wasn’t sure she had the courage to do this again.

She waited, watching the minutes tick by on her watch and silently promising herself that if five minutes passed and no one answered, she would leave it for another day.

She was just about to turn and leave when the door cracked open, and she found herself facing a mirror image of herself, nine years younger. Even knowing what to expect, that image startled her. The face looking back at her looked so much younger than herself and so much sadder.

“Oh, it’s you,” the teenage version of herself said, clearly unimpressed. “What do you want?”

Marissa frowned. Apparently, this was going to be harder than she’d anticipated. “May I come in?” she asked, as gently as she could. “I just want to talk.”

“Talk about what?” the younger Marissa asked, a suspicious look on her face, even as she pulled the door open, as if to invite the other inside.

“About you. About us,” Marissa replied, as she stepped inside and took a look around. The brownstone looked just like she remembered it. She had lived here a few years herself, before she’d moved to the cabin outside the city. Other than for a few personal touches her younger self had made, the place looked like a shrine to Kirin. It made Marissa’s heart ache to see the reminders of her foster mother, but she knew Kirin was in a better place. She was happy now, and that was all that really mattered.

She turned back to find the younger Marissa studying her, as if trying to read her thoughts. They were essentially the same person, after all, except for a few differences. “Do you like tea?” she asked, and Marissa couldn’t help but smile. It was the first thing she would have asked, too. It was Kirin who had taught them that courtesy.

“Tea would be lovely, thank you.”

“I suppose you know your way around,” the girl said, turning to make her way into the kitchen. “You lived here for a while, didn’t you?”

“Off and on,” Marissa confirmed. She took note of the minor changes here and there, but what she noticed most were the things that hadn’t changed. The family photos still graced the mantel – those of Fox and Kirin in happier days, before Fox had died and Kirin had left Rhy’Din; their children, who had been like siblings to Marissa; as well as a few photos of Colleen and her children, who were also like family. Family, Kirin had taught her, didn’t always have to do with blood.

“I’d ask how you like your tea, but I think I already know,” the girl said, as she moved about the small kitchen to put the kettle on and fetch the tea fixings.

Marissa was struck by the familiarity of it all. One never left Kirin’s company without being offered a cup of tea and some of her famous brownies. She lost herself in thought for a moment as she perused the collection of photos, flooded with memories that weren’t only hers.

“I miss them, you know,” the younger Marissa confessed as she came to stand beside her older counterpart. “They were the only family I’ve ever known.”

“I miss them, too,” Marissa said, her gaze lingering momentarily on the photo of her foster family, before turning to face the younger version of herself.

She studied the girl, even as the girl seemed to study her. The younger Marissa looked exactly the same as she had at that age, but there was an innocence there that the older Marissa had long since lost. Marissa knew the girl had to be about nineteen by now. It wasn’t so long ago that she’d been nineteen, had it? She’d been close to that age when she’d left her life behind to jump back in time to fix things that couldn’t be fixed. She understood the feelings of loneliness and loss her younger self must be feeling; she hadn’t yet had the time necessary to heal and move on.

“You’re not alone, Marissa,” she found herself saying. “I know you don’t believe me right now, but it’s true. You won’t find what you’re looking for on the other side of a portal.” She should know - she hadn't.

“How do you know?” the girl retorted, taking Marissa off guard. She had expected maybe tears and sadness, but not anger. “You’re not me! You think you know what I’m thinking because you’ve lived all this before, but you’re wrong. You’re not me, and I’m not you. You changed things with your meddling. You stole my life! You stole everything!”

Marissa blinked, clearly shocked by her younger self’s unexpected outburst. “I don’t understand,” she whispered. “Please help me to understand,” she said, reaching out to touch the girl’s shoulder.

The girl yanked away, brown eyes flashing with anger and pain and heartache. “You shouldn’t have stayed,” she whispered back, as if she was struggling to remain in control of her emotions. “You should have gone back to your own time. This is my time, not yours! Now you have everything, and I have nothing. I’m not even Marissa anymore. You are. How am I supposed to live my life in your shadow?” she asked, voice catching as her eyes filled with tears. “I don’t even know who I'm supposed to be anymore.”

Marissa’s heart clenched in pain, not so much at the accusations being thrown her way so much as at the pain her counterpart was clearly suffering. Yes, she had decided to stay in the past, but she had never realized how that decision might affect the girl who was still struggling to find her own place in Rhy’Din. “Let me help,” Marissa pleaded. “There must be something I can do to help.”

“Help me find Mom,” the girl said without hesitation, a pleading expression in her eyes now. “There’s nothing left for me here anymore,” she added, sounding defeated.

“Marissa,” the older one started, her voice soft and reassuring. “You’re wrong. Give me a chance to prove it, and if you still want to find Mom, I’ll show you the way. I promise.”

The girl shook her head, brushing the tears from her face. “It’s not fair. I just want to see Kirin again.”

“I know, but if you go there, you could get stuck, just like she is,” Marissa tried to explain. “She’s happy there. You just have to trust me on this.”

“Trust you? How am I supposed to trust you when you stole my life?” the other accused again.

“I didn’t steal your life. We make our own choices. Your life is yours to live,” Marissa said, studying the girl again, not only with her eyes, but with all her senses. There was something different about this younger version of herself that she’d missed at first, maybe because of Emrys, but now that she’d realized it, she didn’t know how she could have missed it. “You’re not me, Marissa. You chose the wolf.” So few of their counterparts had, it made this version of Marissa more unique than the others. She just didn’t know it yet.

The girl furrowed her brows, a puzzled look on her face, all the anger going out of her. “You didn’t?”

“No,” Marissa confirmed, shaking her head. “I chose the tiger.”

“But your scent,” the girl said, clearly confused. “I thought …”

“My mate is a wolf,” Marissa explained. “Tiger and wolf, just like our birth parents.” She sighed. “I know it sounds crazy. I know it’s forbidden, but I don’t care. I love him, and that’s all that matters.”

“Just like our parents,” the girl echoed quietly and thoughtfully to herself.

“We have three children. You’re an aunt of sorts,” Marissa continued, hoping this might give her younger counterpart some hope. And there was something else. “Dante and Skylar came to see me. We have family. We are family, and we would welcome you with open arms.”

“Me?” the girl said, blinking in surprise.

“Yes, of course, you,” Marissa confirmed gently. “You should meet them. Get to know them. Let them get to know you, and then if you still want to find Kirin, I’ll show you how.” An almost playful smile appeared on Marissa’s face as she realized something. “But we’ll have to decide on names, or it’s going to be really confusing having two Marissas around.”

The younger Marissa laughed at last and brushed the rest of the tears from her face. “We’ll think of something,” she said, her expression brightening.

The kettle whistled, reminding them of tea.

“Come, little sister,” Marissa said, taking her younger counterpart’s hand to lead the way back to the kitchen. “We have a lot to talk about.”