« on: March 08, 2015, 01:20:51 PM »
"So, what do you think of my disguise?" Jake Jensen asked, flashing a whiskered grin at the other man with the surname of Grimm - a name that seemed to fit his temperament like a glove. Jake had let the goatee grow out so that it was a full beard and was wearing a pair of aviator-style sunglasses, a baseball hat emblazoned with the Boston Redsox logo, and a Spiderman t-shirt over a pair of faded blue jeans.

Grimm grimaced as he looked up from the gun he'd been fastidiously cleaning - one of several spread out across the table he'd appropriated for the task. Everyone seemed to know better than to bother him when he was tending to his weapons - everyone, but Jake. He paused only briefly to look the other man over, before turning back to his work. "I think you look ridiculous."

"Aw, come on,  man. I worked hard on this disguise," Jake complained. "I've been working on this beard for weeks!" he pointed out, rubbing his newly-whiskered chin.

"Yeah, well, at least it's better than that ridiculous goatee," John Grimm grumbled back, seemingly not interested in the least.

Jake frowned. He'd tried his best to get to know the other man, to become a part of the team, but it seemed no matter what he said or did, he was always going to be the outsider. "At least, I can grow facial hair," Jake parried, though it wasn't much of a comeback and they both knew it.

John pretended not to hear. He seemed to be perpetually in need of a shave himself, though he never let it get too out of hand, not like the other man who seemed to like making a fashion statement via his facial hair. "Look, I'm not trying to be a dick, okay?" he started, his gaze never wavering from the task at hand. "But that's not much of a disguise. You not only look ridiculous, but you stand out like a sore thumb. What do you need a disguise for anyway?" he queried, against his better judgment.

"That's what I was afraid of," Jake mumbled, dropping into a chair and tugging the cap off to brush a hand through the fuzz of blond hair on his head. "Leia and I were gonna go to Boston to see my sister," he explained defeatedly. "I haven't seen her in two years and ..." Jake broke off a moment to get his voice under control. He didn't want the other man to see him get emotional, but he hadn't seen his sister since he'd arrived in Rhy'Din, and he knew she'd probably presumed him dead by now.

"Your sister?" John echoed, looking up from his guns at last, as if that little piece of information made a huge difference.

"Yeah, Jessie ... Jessica," Jake corrected himself, still frowning. He had a niece, too - his sister's daughter Jamie, who meant the world to him.

"I didn't know you had family," John replied with a frown of his own. No matter what he thought of the other man, he understood what it was like to have family. He had a sister of his own - a twin and the only family he had left. It seemed the two men had at least that much in common, but John's sister had accompanied him to Rhy'Din. "I don't think it's a good idea for you to go home," he told the other man bluntly.

"That's easy for you to say," Jake said, his voice betraying his irritation and maybe just a hint of envy. "Sam is here. You don't have to worry about what's going on back home. If she misses you. If she worries about you. If she thinks you're dead."

"Of course, she misses you. She's your sister, right?" John pointed out, as though that much was obvious. "But if you go home, you're not only putting your own life at risk, but Leia's and your sister's, too."

"How so?" Jake asked, dropping the cap into his lap and eying the other man curiously. He and Leia had discussed it at length, and they'd decided not only to visit Boston together to see his sister and niece, but to get married there. He'd had his heart set on it before John Grimm had burst his bubble.

"You were Special Ops back home, right?" John started, knowing at least that much about the other soldier. "And you went MIA, maybe AWOL, so it figures they'd be looking for you. They might even be watching your sister to see if you turn up or try to get in touch."

"Oh, right," Jake replied with a defeated frown. Though he hadn't gone AWOL, in a manner of speaking, he had gone missing. He wasn't quite sure what had happened exactly, but he'd been tinkering with some electronics when a freak storm had come up, and he'd found himself on Rhy'Din, where he'd met and fallen in love with an elf named Leia and joined the motley team of mercenaries that included John Grimm. He hadn't thought too much about what might be going on back home, except that he knew they'd probably listed him as MIA by now, maybe even presumed dead. He hadn't really considered they might think he'd gone AWOL, but why would they do that? He thought it far more likely they'd think he'd been captured or even killed. In all honestly, Jake didn't really care much what anyone back home thought, except for his sister. "I guess that's that then," Jake muttered gloomily. He'd never see his sister again. Who was grim now?

"Not necessarily," John was quick to point out. "I assume your sister is trustworthy."

"Okay, then ... What if instead of you going there, we bring her here?" John suggested.

Jake opened his mouth to argue, more out of habit than anything else, but found he had nothing to argue about. "Is that even possible?" he asked, starting to feel almost hopeful again. There was only one thing missing from his life, and that was his family.

"Not to stay, just to visit, but yeah. Why not? I'll have to check with Chief first, but I think it's do-able," John replied. He didn't think it would be too hard to arrange and a lot safer than risking Jake or Leia getting caught in Boston, especially considering the fact that Leia wasn't entirely human and Jake was a wanted man. As far as a wedding was concerned, if John knew that was what Jake had in mind, he'd have talked to Chief about that, too.

"Wow, really?" Jake exclaimed, his face lighting up brighter than the tree lights Leia had magicked at Christmastime. "You'd do that for me? That's awesome! I-I don't know what to say. I could kiss you!"

John glared up at the other man, gray-green eyes flashing a warning. "Only if you wanna get knocked on your ass," he told him. "Now leave me alone. I've got work to do." He turned his attention back to his guns, doing his best to ignore the other man in hopes he'd go away and leave him alone. He'd keep his promise and talk to Chief the first chance he had, but he didn't want any emotional displays about it. Besides, if Sam or Ailis found out he hadn't offered to help, he'd never hear the end of it.

Jake hopped off the chair, grinning brightly. "Thanks, John! If I ever have a son, I'm naming him after you!" Thankfully, he didn't smother his companion in hugs or kisses, but only dashed off to find Leia and tell her the good news. And shave. John was right - that beard looked ridiculous. He wanted his goatee back, and the sooner the better.

Thankfully, no one was there to see the small smile that crept its way onto John Grimm's face as he went back to cleaning and polishing the assortment of weaponry in front of him. It wasn't the task at hand that made him smile though, but the fact that he'd just made Jake's day. He only hoped no one else realized it. He had to live up to his name, after all.
2 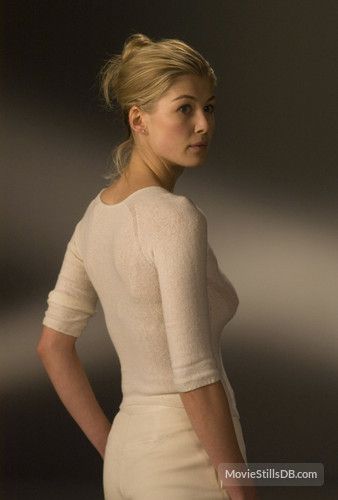